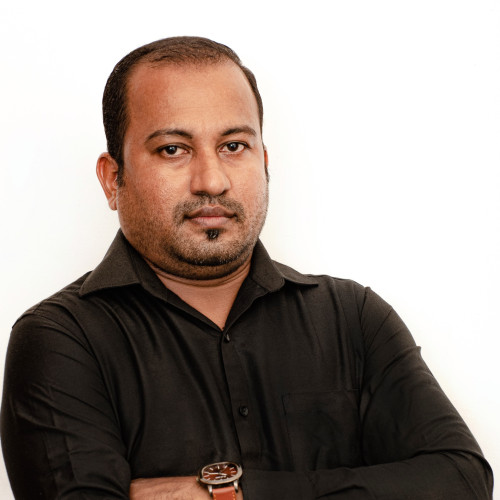 Refusing to send anything less than perfect to press, Prasad who has been Studio Manager at Sarva for over a decade was already making a name for himself when he was recommended for the Finals Department at Sarva. Joining the agency in 2005 as a graphics designer, Prasad’s meticulous attention to detail, keen interest in printing and determined pursuit of all things graphic soon brought him to the notice of his peers until a few short years later, he was unanimously appointed as Studio Manager. Determined to expand his graphic knowledge, streamline the technical aspects of the studio and find new ways of improving the proof quality of the department he heads, Prasad attends as many printing exhibitions and final printing workshops as he can during his spare time.